Home » Life » The Case of The ‘MBA’: Love, Dating and Infidelity in My Thirties 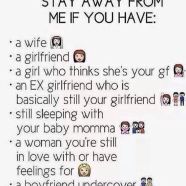 The Case of The ‘MBA’: Love, Dating and Infidelity in My Thirties

The year that I turned thirty I bemoaned my plight as a divorcee to a long-time friend. For me the age of thirty was the first in a list of magical ages beat into my head by family and society(thirty-five and forty-two are the others). When I was fifteen years old I had a clear idea of the course I wanted my life to take:

Being a divorced single mom was nowhere on the list and not how I expected to enter my third decade of existence. But such is life, so I accepted the fact that though my marital status had changed I still needed to make my way in this world.

After the ink dried and I went through the difficult ordeal of processing the emotional trauma of it all I felt ready to date and seek love again. My ex-spouse moved on, getting married and starting a family. I felt it was time to do the same. But when I surveyed the landscape I realized the market was not what it was in my late teens/early twenties. The pool of men to choose from was now smaller as more were settling down.

“All the decent ones are already taken”, I lamented over the phone to my girl Tisha. She laughed.

“Oh don’t stress it”, Tisha replied,”with the way things are for our generation many of them will be divorced and back in the dating pool by the time we are thirty-three!”

I thought about Tisha’s words. Divorce is hard and uncomfortable, so I certainly did not wish for others to experience it. But in a few short years Tisha’s sarcastic remark would ring true. Unions that were a  mismatch to begin with or occurred for reasons other than the desire to spend their lives together crumbled. In the thirty-five and over demographic it became common to meet men in the same situation as myself. In addition to the divorced man I would soon meet a type who would become the scourge of my dating existence: the MBA. 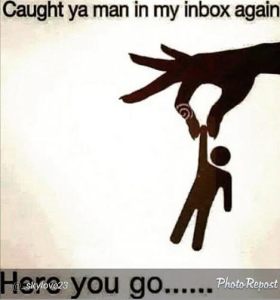 They stay trying it!

The MBA is the ‘married-but-available’ man. Fully succumbing to the seven-year itch, he is now on the prowl just as intensely as his bachelor counterpart. The MBA man can come up with reasons why he desires the companionship and attention of a woman other than who he took vows with. He’ll say he’s no longer ‘happy’ with his wife, or she doesn’t understand him. He’ll complain that she no longer satisfies him sexually or that they always were sexually incompatible. Somehow the blame for his marital dissatisfaction always ends up on the wife.

I have had the displeasure of encountering three types of MBAs:

I don’t have the patience or desire to deal with any variety of the married but available man and have grown to detest them intensely. To come after a single woman when you know you are bound to another is an incredibly selfish thing to do. The nicest thing I can to say to such a man is go away. The only thing he can do for me is point me in the direction of a guy I can actually have a future with.

← No Comment: Stepping Off The Soapbox Ain’t Gonna Let Nobody Turn Me Around:Outrage Fatigue and Shifting Focus →