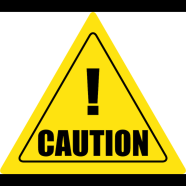 Posted by ExiledMind on July 10, 2015 in Uncategorized | 2 Comments

The struggle with this particular fear of mine is real. I carry it with me constantly: the fear of being subjected to rape and worse.

It’s not always a conscious thought. But the worry of it is a part of my life as a woman, so ingrained that it has become normalized to me. I call it my anti-rape checklist, the rules that I must adhere to to try to protect myself and my daughter.

If I’m driving home at night and see that my gas is approaching 1/4 of a tank? I’ll fill up in the morning instead. Pumping gas after dark is something I loathe doing, especially after an incident two years ago where a complete stranger tried to get into my car.

If the trash needs to be taken out, but it’s after dark already? Well like filling up my tank that too will have to wait until daylight

If I’m asked out on a date and he wants to pick me up? Thanks but no thanks; I’ll drive myself and meet him there. Being in a car with a man who isn’t a relative or has not demonstrated that they are not a threat makes me nervous, and is a risk I cannot take.

If I’m out on the town, and a man offers to buy me a drink?

I decline that as well, as too much can go wrong. He might slip something in my drink, and as Rick Ross bragged I wouldn’t even know it. Even if he does not drug my drink(an act that a disturbing number of men and women alike see nothing wrong with)there’s the specter of getting into an altercation at the end of the evening. For some men the $10 they spend on a cosmopolitan entitles them to a woman’s body for the night. Walk the tightrope between the danger of a guy slipping me a mickey or beefing because I refuse to sleep with him? I’d rather save myself the worry and by my own drinks.

If a guy suggests that I come to his place so he can cook for me? I’ll pass. Sure cooking at home is economical-but it is his home. He already has the advantage of physical strength over me. Going over to a man’s residence gives him even more control. If he assaults me I, not he, will be the one to bear the blame and have my judgment questioned.

From time to time friends and family will ask when I will remarry. Six years have passed since my divorce. I cannot say that I never think about it, or that I have no desire to have a life companion. But there is part of remaining single and not cohabiting with a man that gives me a sense of peace: not having to worry about the security of my pubescent child domestically.

I know I could theoretically meet a man, subject him to rigorous vetting and background checks and be assured that he will not be a threat to my child. But realistically? I know how adolescent girls in particular are looked at and preyed upon by older men. I know how prevalent the idea of the teenage temptress is. I know of the men and women who will stand as apologists for the rape of teen girls by grown men-statutory or not(side-eye to all of you still riding for R. Kelly). I can count the number of men I trust without question when  it comes to my daughter on one hand: her father, her paternal grandfather and her three uncles. I’ve seen too many stories of little girls and teenagers who were molested/raped by their mama’s boyfriend/husband or male friends and relatives to not be mindful of it.

In the view of some my worries may seem excessive. One could argue that , to borrow a line from a song, I’m just paranoid; I’m tripping. I know that the term rape culture is often derided as the invention of overzealous feminists. However when I observe the mentality that continues to surround women and rape the term seems most appropriate.

I remember reading “Makes Me Wanna Holler”, the critically acclaimed autobiography of Nathan McCall, back in 1994. In the book he details an incident in his teens where he and his friends ambushed an unsuspecting neighborhood girl. She’d come over to the home of his friend, whom she thought would be the only one there. McCall and his friends, like boys and men across the nation, called it ‘running a train’.  But the euphemism can’t cover the terror of what happened: the violent gang rape of a young Black woman. I continued reading. I was looking for an acknowledgment of how traumatized the victim was, for a deep sense of remorse from the author. I was left disappointed.

Later that year I read Eldridge Cleaver’s “Soul On Ice”. I bought the book with my allowance, buoyed by the prospect of soaking up knowledge from a key member of the Black Panther Party. Brimming with youth and ideals, I was completely unprepared for Cleaver’s words. His shameless account of “practicing” rape on Black women in his neighborhood to prepare for his goal of raping White women left me slack-jawed. THIS was the man lauded as a ‘revolutionary’? THIS was the man allowed to serve as the Minister of Information of the BPP, a cold and unrepentant rapist? Cleaver’s rambling attempts at justifying his deeds as righteous vengeance against oppression did not sway me. 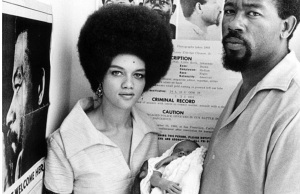 The image of Eldridge and Kathleen Cleaver posted by 9th Wonder. There are ways to make a point about Colorism that do not involve idolizing a convicted rapist!

Cleaver is long gone but the shadow of his life lingers. In April hip-hop producer and DJ 9th Wonder posted a picture of Elridge Cleaver  with his then wife Kathleen. The photo was posted in response to those who questioned rapper Kendrick Lamar’s love of his people due to his relationship with a very light-skinned woman. The posting of the picture and the continued idolization it represents did not shock me as it did decades ago. But it left me sickened all the same. Cleaver was a self-confessed and convicted rapist, but that fact doesn’t matter to his admirers.

One may say that my checklist at the beginning is doing too much. I’m paranoid; I’m tripping. But in a time where Eldridge Cleaver is still held up as a positive example am I really tripping? In a time where an adult male celebrity,  known to target girls only three years older than my child, continues to fill concert venues and has loyal defenders am I really tripping? If my anxiety comes across as extra I’ll live with that. I have to do all I can for my safety and protection, for life has shown me how little the safety and protection of my demographic matters to society.

← Millie Mondays Aware But Not Immersed:Coping With Repetitive Negativity In the Media →