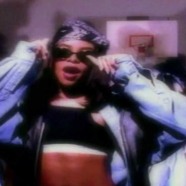 Posted by ExiledMind on September 18, 2015 in Community, Culture, Life, Personal | Leave a comment

The pessimism and moodiness that developed from being the child of an addict had settled into me by my thirteenth year. The Binge now seemed to be a permanent feature of life for my family. I reconciled myself to the fact that one day my mom wasn’t going to return after weeks of indulging her habit.  With drug addiction there are only two solutions: kicking the habit or overdosing. Given that nothing thus far-not her love for her children and husband, nor her pride in her military career, nor the rehab program that the Navy foot the bill for-was enough to shake the iron grip of crack over her I assumed I would be a motherless child sooner rather than later.

However in the spring of 1993 my morbid assumption was proven wrong. On a breezy May day I left the apartment I shared with my Grandma, crossed  the dangerous intersection of MLK Jr Way and Dawson and walked three blocks up the hill to visit my aunt and three cousins. I wasn’t there long before my aunt put me to work around the house.  When I went outside to take out the trash a face that I had not seen in three months greeted me: my mother. I began walking towards her uneasily. She quickly closed the gap and hugged me. I felt myself melting and fought to stop it. Don’t fall for it, my inner pessimist said. You know the drill; she’s going to talk a good game but you’ll end up back in the same place in a month or two-

“I’M CLEAN”, she chirped,”I’m really clean!” I was leery and doubted that my mom was really done with the demon of addiction…yet I couldn’t deny that I saw the difference when I looked at her. She looked healthy and vibrant; her eyes white and clear again, her skin lustrous and smooth. Her cheeks were no longer hollow with the gauntness that her drug use brought, and her body recovered the petite curves of the mother I knew before. That day we talked for hours.

I don’t know the name of the rehab facility that my mother went to or the specifics of their program. But this I know: whatever they did in those ninety days for her actually worked. That program saved my mother’s life that year. And though I would never regain the exact woman I knew from the time I was born and up to age seven I was just grateful to see my mother drug-free.

Though my mother was now in a position to care for me again I opted to remain with my Grandma. Grandma could be strict and old-fashioned, but she was the one caretaker and relative of mine who had never left my life. Over the past three years she restored the warmth and stability that I needed in my home. I trusted her not to hurt or abandon me, something I could not say for many others. My mother understood my desire to continue living with my Grandma and didn’t press the issue.

When 1994 rolled around things were getting better, and I was beginning to feel like a regular child again. Grandma’s house continued to be my house but I visited and spent time with my mother frequently. During many of those visits my mother’s place was filled with the sounds of a young singer named R. Kelly. 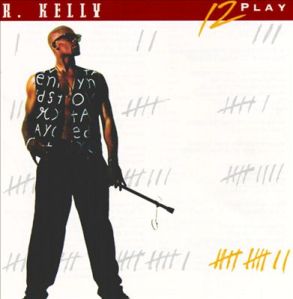 As an avowed fan of the old school, Mom could be a snob when it came to new music. However she made an exception for the silky-voiced fella from Chicago. She especially loved his cover of The Spinners “Sadie”.

Mama wasn’t the only one checking for R. Kelly at the time. Indeed I can remember hearing my cousins and peers sing the words to “Sex Me”, a raunchy tune that NONE of us should have been familiar with at that age!

But as the school year drew to a close my peers and I were no longer checking for R. Kelly that hard. We were checking for and jamming to the music of his protégé, a teenage girl from Detroit named Aaliyah.

As our school bus rumbled down the streets from Seattle’s Eastlake area to drop us off in the Central District and South End, our bus driver blasted tunes from KUBE 93.3. Aaliyah’s first single, “Back and Forth”, was in rotation daily, and each time it came on we sang long with her:

It was June 1994 and I was happy.  Soon I would graduate from the Eighth grade and prepare to enter high school. My mother was back with the family. Our church family celebrated the purchase of a new place of worship. Life was good. But within weeks events would take place that would wound someone I cared about deeply and alter the trajectory of his life.