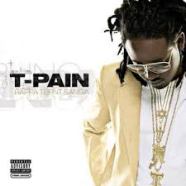 Somewhere between my freshman and sophomore year of high school I drafted the blueprint of my life. It looked like this:

Woody Allen said:”if you want to make God laugh tell Him your plans”. But in 2005 I was the one who chuckled at where life had taken me. Graduating from an HBCU didn’t come to pass. My first child came at 24, and marriage to her father came a year later.

I’d known Ali for four years before we married. When we started dating in 2002 Ali was fresh out of college. He volunteered to cook for me. Not enticed by his offer of  baked chicken in Campbell’s cream of mushroom soup I told him he should take me out instead. Ali didn’t miss a beat, suggesting we attend a Sonics game and have dinner after. I agreed. On November 16th, 2002 we had our first date, neither of us aware how deeply intertwined our lives would become.

On a Saturday in June 2005 I sat on my mama’s sofa. My mama held her granddaughter, the product of my union with Ali, on her lap.

“She has such a beautiful color“, my mom said, smiling down at Z.  We didn’t know the gender of the child I was carrying while I was pregnant, but my mama was elated to have a granddaughter. “I would have loved a boy just the same”, she told me often,”but I’m happy that you had a girl!”

Like grandparents the world over she spoiled and doted on her grand baby. I sat and smiled, happy to observe them together. As my Grandma-who died three weeks before my daughter was born-loved and nurtured me, I was now fortunate enough to see my mama take on that role for my child. Then my mom opened her mouth and made a suggestion I wasn’t expecting.

“So, I’m planning on making a trip down to California in August to see your dad. I would really like it if you and Z would come with me”.

The mention of my father-whom I had not seen since I was a toddler-caused my smile to disappear. A number of choice words came to mind, but out of respect for my mother I kept them to myself. Over the past six months they had resumed contact. Their rekindled love was both confusing and slightly nauseating to me. I didn’t understand how my mama could so easily overlook and forgive what her ex-husband put her through. But they were both grown and I had no say in their affairs. I defiitely had a say in my travel though!

“Mom if you want to visit him, okay that’s fine. But honestly I don’t want to go. What will I even say to him? I don’t know him, he might as well be-“my mom cut me off.

“Um excuse me Miss Thing but did you stop to think that everything isn’t about you? I know how you feel about your dad and I understand that. But you have a child now. He messed up with you but that doesn’t mean he can’t be a grandfather. At least let him see Z and establish a relationship with her.”

“Okay”, I sighed,”I’ll consider it. I am taking classes this summer though so I can’t leave until the second week of August.”

“That’s fine! Oh I can’t wait to tell your dad, he’ll be so excited!” I shook my head again at the weirdness of it all and exited the living room, eager to leave the Twilight Zone of my parents reunion and talk to my  two teenage sisters.

As I walked down the hallway I heard the familiar beat of a song by Pretty Ricky, a group that I had a hate-hate relationship with, coming from my sister Gloria’s room:

Baby grind on me,

Relax your mind take your time on me;

Let me get deeper, shawty ride on me,

Now come and sex me till yo’ body gets weak…

Gloria was eighteen and Nikki was fifteen and they were both obsessed with Pretty Ricky. Their adulation of the group confused me. I understood that Pretty Ricky was popular with teenagers…but my teenagers were not just any teenagers! They were the daughters of a woman who knew R &B, funk and disco so well that she could listen to any of my generation’s popular hip-hop songs and tell you who they sampled within seconds of the beat dropping! My sisters grew up cleaning the house to the sounds of EWF, The Whispers, Kool & the Gang, Luther Vandross, Lenny Williams and company. And when our mom put on “It’s Been A Long Time” by The New Birth they nodded their appreciation for the bass guitar and sang along:

The love of the old school that my mama had nurtured in me had been cultivated in Gloria and Nikki too. So when I listened to them gush over the likes of Pretty Ricky I had to tease them over it. I opened the door to Gloria’s room without knocking. I knew she would be annoyed but that’s what big sisters are for.

“Girl why are you listening to this MESS again”, I said as I turned down the volume. Gloria threw a slipper at me.

“Girl why are YOU barging into my room”, she snapped back,”I have a right to privacy you know!”

“Privacy”, I said, laughing at her,”you get privacy when you move out! And you can’t take that tone with me, I’m older than you!” Gloria smirked as she rose from her bed.

“And I’m taller than you”, she said. Standing 5’7 and weight 145 pounds Gloria’s frame towered over mine. Gloria and Nikki both used their larger size as a trump card when I asserted my seniority. It was a running joke among us. But it was all in love, so I hugged Gloria then joined her on her bed. I grabbed her CDs and started looking though them. When I found what I wanted I took out the Pretty Ricky CD.

“Uh what are you doing”, Gloria asked, raising an eyebrow.

“I’m rescuing you from your bad taste in music”, I replied, putting in Lenny Williams Greatest Hits.

“But I was listening to-”

“SHHHHH, get ready for our thing-”

But as soon as I skipped to the song Gloria knew what was up. By the time Lenny started telling his woman that he loves her no matter what my sister was next to me, theatrically singing and stepping along as we always did until the song ended.

It was a bit hypocritical for me to judge my sisters for their love of Pretty Ricky, for I had a secret thing for a fellow Floridian entertainer at the time. His name was T-Pain, and his debut song was my guilty pleasure:

It was the energy of “I’m Sprung” that got me. Like the Ghosttown DJs 1996 song “My Boo” “I’m Sprung” is the quintessential summer banger. And as a born and bred Seattleite summer is my favorite season. 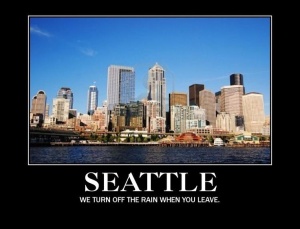 Outsiders know Seattle as the place of perpetual gray skies and rain, and there is some truth to this. But when June comes the clouds disappear. The misty rain that plagues us nine months out of twelve is gone, replaced by a turquoise sky and cool breezes rolling in from Puget Sound. In July our annual Seafair festivities begin, and for the next four weeks the city holds various events, culminating in the performance of the Blue Angels over I-90 and the hydroplane races on Lake Washington.

Christmas may be the most wonderful time of the year for the masses but for me summer always was. In 2005 I had no reason to think it would be any different, and when I look back at the beginning of that summer I see nothing but joy. I still remember the way my little sisters laughed. I remember being so proud of my mama as she made moves to fulfill her lifelong dream of being self-employed as a seamstress. My toddler is healthy, happy and bright. My relationship with my husband is good, and he takes his role as a protector and a provider seriously. The voice of the pessimistic little girl, who first took up residence in my head when my mom fought her addiction, finally toned it down.  I felt like I was well on my way to leaving her behind for good.