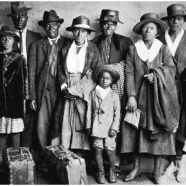 “Bought Sense”: On Generation Gaps & Aligning With My Elders

In the spring of 1995, my freshman year of high school was coming to a close. The transition from the small alternative school I attended was not an easy one. I faced intense bullying that year which left me feeling miserable at times. When I shared my difficulties in a tearful chat with Mr. Nagel, my American Law teacher he acted to help me immediately. Mr. Nagel introduced me to Rochelle, a sophomore who was President of our schools’ BSU(Black Student Union). Rochelle calmly listened to me and invited me to the next BSU meeting. My BFF and I attended the meeting, and it was the beginning of my activism and social engagement on campus. I quickly discovered that I enjoyed being part of an organization and working with like-minded peers. The sense of fulfillment helped shift my mind away from my issues; it also inspired me to join other clubs and activities. One of the additional activities I took up was joining the Associated Student Body, and that was how I got to know Mr. Mitchell.

As an administrator and Director of Athletic Activities, Mr. Mitchell was an imposing figure on campus. He would march down the first floor halls on his way to the central office, both his posture and crisply starched khakis conjuring the image of a soldier in a parade. I struggle to remember a day where I saw him smile. A scowl seemed etched onto his resplendently dark face, beset with an aquiline nose and brooding eyes that allowed him to convey a message without uttering a word.

When Mr. Mitchell appeared, I knew I had to take care to do the following:

2)Be on my best behavior.

You see, like my beloved Grandma, Mr. Mitchell was part of the old guard, the Southern Pre-Civil Rights generation that did not play that. He never allowed any students to act a fool, but he took a particular interest in Black American students. Mitchell’s reprimands were fully in line with our (now declining) cultural norm of elders being able to check the youth, even if they were not blood relatives. Like my beloved Grandma, I occasionally thought Mr. Mitchell and his ilk were too mean and harsh. In the folly of our youth, our weak minds interpret love and support as being permitted to do as we please and being exempt from critique, and we fume at those older than us who would dare to tell us differently. An incident that took place during that year captured this tension, and it has come back to me vividly in light of the discussions I’ve witnessed online surrounding age, gender, sexuality, class and criticism.

I was so hype when I got dressed that Friday morning in June. In spite of aunts’ protest that the Sunflower print knee-length A-line dress I bought at Wet Seal with my allowance was “all in my tail”, I put it on with a pair off-white canvas platform heels to match. That Friday was Quaker Day, where we had no classes and celebrated the end of the year. Our field transformed into a carnival type atmosphere, complete with games, food vendors and performances. It was a tradition to buy a new outfit, get your hair done, take pictures with your squad and enjoy the day. (Our rival across town held a similar around the same time, but like everything else about that school it was inferior). But before the leisure activities started, we had to attend an assembly in the gym, and that is where the incident that caused Mr. Mitchell to spring into full elder mode went down.

I sat in the bleachers with my peeps that morning, basking in the knowledge that next fall, we would no longer be on the bottom of the food chain. I couldn’t tell you what any faculty said during their parts of the assembly, instead opting to tune them out as I gossiped with my friends. When the entertainment portion began, we were all alert. A trio of senior girls walked to the center of the gym, boys whistling their appreciation of the curve-hugging Daisy Dukes they were wearing. Soon the gym was filled with the booming sound of Adina Howard’s song “Freak Like Me”, and the dancers started going in, dropping and bending it all over.

Mr. Mitchell sat in the first row of bleachers watching. The look on his face made it obvious he didn’t like what they were wearing, but he remained silent. He didn’t care for the song or their dancing, yet stayed calm. When the girls took advantage of the break between their next set to unzip and pull down their shorts, revealing matching panties, Mr. Mitchell jumped up from his spot. They had gone too far, and just watching the intensity of his stride made me feel for them.

I understood the nature of their trespass. See there was some stuff that you didn’t try with the elders if you had “a lick of sense”. Copping an attitude or raising your voice at an adult, as I did with my Grandma that year? We could work through that. But calling her out of her name, or, God forbid, CUSSING at her? 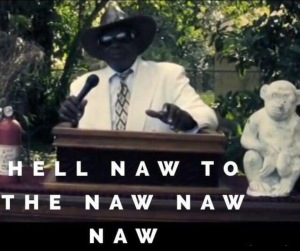 NOPE, I knew not to go there. Going out in a dress that showed my knees? Okay, that could be negotiated. But showing my PANTIES in public? NOPE. I knew better, and I venture that even in 1995 so did my peers. It was a matter of having “home training”, or “broughtupsy” as West Indians call it. There was behavior that just wasn’t appropriate in public, and to engage in it was to bring shame on yourself and your family. The violation of this standard is what caused Mr. Mitchell to intervene.

“You will NOT stand here dancing in YOUR UNDERWEAR YOUNG LADIES,” he bellowed, riffing off a speech he frequently delivered to boys. “You WILL pull your shorts UP and keep them UP, understood?”

The leader of the trio rolled her eyes and sulked. Mr.Mitchell remained planted in front of them, arms crossed tightly across his chest, not flinching in the face of their attitude. Sure enough, the girls acquiesced, following Mr. Mitchell’s instructions and fixing their attire.

When I look back at Mr. Mitchell’s actions at the assembly that day, I wonder how they would be viewed in the current environment. In light of the discussion I observe online, I think he’d be the villain. His insistence that they do not show their underwear would be labeled as “oppressive” and deemed slut-shaming. The wisdom he shared with us and concern he showed would be labeled as respectability politics. Mr. Mitchell, like the rest of my Grandma’s generation, would be labeled a relic, prone to antiquated thinking and of no value in this century.

Listening to those my age and younger callously savage those who came before them makes me reflect on what my Mama and Grandma might have felt twenty years ago. Each time I clutch my pearls and shake my head at the new ways, I wish my maternal line were still here so I could ask them:

Grandma, did you feel like everything was shifting under you? Like you woke up one day and concepts that seemed so reasonable, so elementary to you were now problematic?

Mama, did you feel the sense of alienation I do now?

Grandma, did you feel like you were in a war to keep me from being molded by pop culture, and worry that you might lose?

Mama, is this what you felt when you tried to tell me that I should never become comfortable with disrespect?

The truth, however, is that I don’t need their physical presence to know what they would say. Just as her Grandma before her, mine knew that this day would come for me, and she prepared me for it. I remember the times Grandma’s anger and disappointment burned as fiercely as Mr. Mitchell’s on Quaker Day in 1995. But I’ve never let go of the more subdued, tranquil words she left me.

“Chile,” she started gently, words brimming with a love that could never be depleted,” you think I’m so mean and unfair to you. Trust me, I know. I used to tell my Grandma the same thing when I was your age. But you know what she said to me? She said that when I grew up, I would understand and appreciate her. One day, you will know why you were raised this way and be grateful baby. Everything comes around; you’ll see.”

As I neared and then passed the age of eighteen, Grandma spent less time engaging me in drawn out lectures and discussions. Instead, she opted to drop one-liners:

“Baby, ain’t no sense like bought sense”, “The stick you walking with chile? I done been thrown that away!”

She’d sweetly say these things, then go back to watching her stories.

Grandma was right. It took over twenty years to fully recognize and admit it, but she was. Now I fully comprehend what elders like Grandma and Mr. Mitchell were trying to show us back then. Those who actually love you and want the best for your life are not those who gas you up by kissing your behind and co-signing all that you do, that our relationships with others MUST have a place for accountability and correction. Surrounding yourself with groupies who never challenge, correct or question you may be good for the ego, but does nothing to promote maturity and development.

Like Grandma said, I kept living. I got my sense too, but boy did that “bought sense” come at a high price. I’m good with that, just as I’m okay with being considered a fossil among the spaces and causes that once preoccupied me. There is a part of me that winces when I hear younger generations disparage their parents and grandparents. I am learning not always to come in like a hammer, however, and get drawn into contentious debates about it. They will have to purchase their sense, and perhaps they too will rise one day to discover that they have returned to where they started, that life has now aligned them with their elders.

← On Pseudo-Feminist Playboys Do You Really Want It: On Stagnation and Laziness →